Abstract proposal: Monism, Immanence and Biohacking. Rethinking the nature-culture continuum from Spinoza’s monistic ontology applied to bio-mediation, proposes to develop a research on the potentia of Monism, in terms of Spinoza, applied to biohacking practices. Some biohacking proposal confront us to evaluate the relations between Science(s), Art(s), (bio)Ethics, (bio)Politics and Society(ies), developing new approaches, methods and methodologies for research, from the interaction between artistic practices and biology in an academic and non-academic context. The aim of this proposal is to work in common on the possibilities of connecting with the others, from a posthuman condition perspective, but specifically related to post-anthropocentrism. Biomaterials let us to re-think “traditional” dualisms, but artworks or artistic projects give us the chance to re-think the dualisms giving special attention to matter, giving a special attention to the process of materialization. Monism, Immanence and Biohacking. Rethinking the nature-culture continuum from Spinoza’s monistic ontology applied to bio-mediation is a proposal to work on the following questions: How are (bio)technological artifacts embodied, transformed, assimilated and appropriated in biohacking practices? How to introduce desire into thought, into discourse, into action? Is possible to decolonize Hegemonic Narratives on Identity, Aesthetic Categories and Art History(ies) hacking biomaterials and artifacts? How to develop action, thought and desires by proliferation, juxtaposition and disjunction and not by subdivision and pyramidal hierarchization? How matters comes to constitutive matter in the nature-culture continuum through bio-maediation? or as Joanna Zylinska remarked (2009) Can we consider that a renewed agency could be an extended and distributed agency? A sort of Spinozean-Deleuzian agency, distributed but not suspended? An agency that belongs to the amount of others that compound the non-unitarian post-anthropocentric subjectivity? 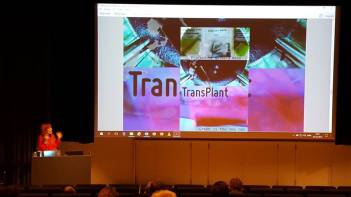 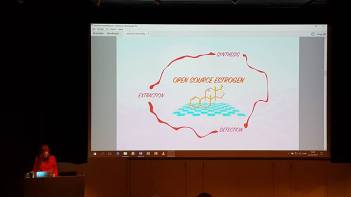 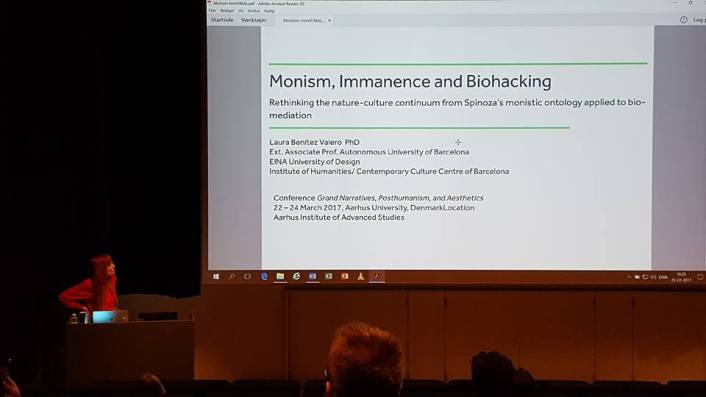 Posthumanism sits uneasily with historicity. While transhumanist visions for an upgraded humanity fit almost too well with different sorts of teleological narratives – technological ones of accelerated progress, Darwinian ones of inevitable species transformation, socio-philosophical ones of needed human enhancement (from Nietzsche to totalitarianism) – critical posthumanism, on the other hand, questions historicity so thoroughly that it remains indeterminate whether we became posthuman yesterday or always were. Tellingly for this tension, the grandest thinkable of posthuman narratives, speculating what might happen to negentropic complexity after the sun in a far future has swallowed up the earth, was delivered by Jean-François Lyotard, the philosopher who otherwise became famous for killing off of the grand narratives. Moreover, when we do move into historiographies that more obviously expose larger time scales (such as Big History, Deep History and the theories of the Anthropocene), these historiographies tend to leave out a posthuman dimension.

In this conference we wish to confront head-on the hesitance toward large-scale posthumanist historiography, making an aesthetic point of view the catalyst for an invigorated exploration of possible posthuman grand narratives. In what ways may the interpretation of art and aesthetics be helped by large-scale narratives including and reflecting upon posthumanism? And how might artistic expositions of the posthuman facilitate new understandings of our position in or outside historical grand narratives? The conference thus invites contributions that address the ways in which grand narratives relate to the historiography of the posthuman. Although the conference has an aesthetic core, we invite contributions from other research fields such as the histories of science, technology and media, philosophy of science, biological sciences and Big History, extending the histories of aesthetic domains proper (art, literature, music, performance, aesthetic theory, etc.).

A non exhaustive series of topics include