SF Trans*Plant. Theoretical-practical introduction to bio-hacking through the chimeric mirror

SF Trans*Plant. Theoretical-practical introduction to bio-hacking through the chimeric mirror is a workshop held by Quimera Rosa in Hangar on November 18 in parallel to the course The affirmative thinking of Rosi Braidotti directed by Laura Benítez at the Institut d´Humanitats and Rosi Braidotti’s lecture in the cycle Human Animals, CCCB.

This journey through the chimeric mirror is based on two years of biomedical research from the Trans*Plant project, on the ethical issues they have encountered along the way as well as they commitment to self-experimentation and becoming OncoMouseTM. This research is based on two parallel processes that they have been developing: “My disease is an artistic creation” whose aim is to replicate and release a medical technique called Photodynamic Therapy (PDT) to treat condylomata of HPV and the second aimed at developing a protocol for the first intravenous chlorophyll in humans.

The Trans*Plant project aims, with different techniques, tools and practices, to generate crosses and hybridations between the human and the plant. In order to be able to think of a non-anthropocentric ecology, we need to move from identities based on essences to identities based on relationships. A process of human transition > plant that includes a protocol of intravenous chlorophyll, and with the fantasies, fears and judgments that this generates, opens the debate on the identity system at stake. A process of self-experimentation that has nothing individual since the people who accompany it walk with it. Getting a pure chlorophyll molecule knows the same obstacles as getting testosterone from the pharmaceutical and biomedical industry as from the legal and health system. It is the very set of life that is patented.

Four axes structure the activities of the workshop:

Composite preparation for plant cells and mycorrhizal fungi. Contributing human material: cells, hormones or bacteria, using various biomedical techniques. Each participant will make their own symbiotic cultivation during the workshop. We will provide materials, tools and collective knowledge to do so.

The OncoMouseTM is the first animal created in a laboratory and then patented. The first RFID chips have been tested on a mouse about twenty years ago and their use became widespread for the identification of livestock and companion species (dogs, cats and their human owners). The first cyborg was a mouse developed in a laboratory in the 1960s in the context of the space race. The becoming cyborg is first and foremost an animal becoming.

Collective reflection on how a transdisciplinary investigation can be established when art is related to science. Performativity of laboratory life, the notion of objectivity and truth in play. Visual representation systems (drawing, photo, video, 3D…) have modeled disciplines such as biology, used as verification systems (Foucault). We will ask ourselves what translation tools to implement when talking about notions such as body, life, truth, representation, illness, sexuality, individual, expertx… 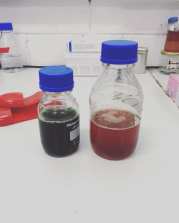 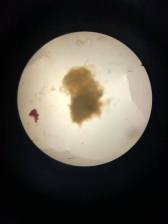 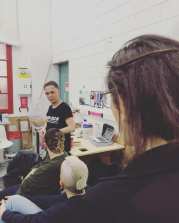 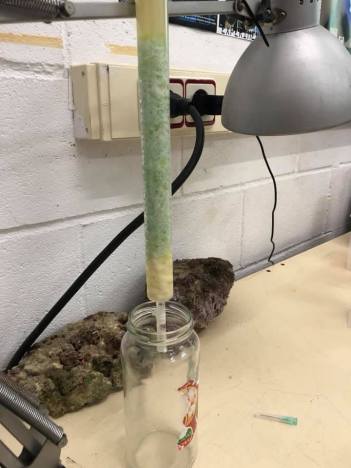 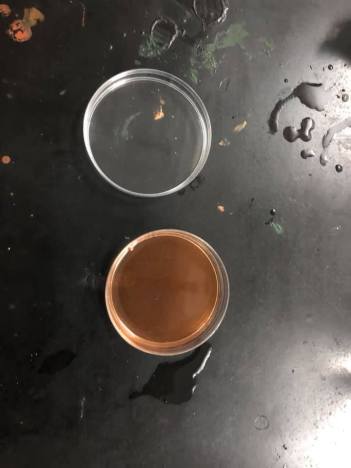