In June I had the opportunity to participate in the FEMeeting, organized by Cultivamos Cultura with the following proposal [Im]Probability Current: Flow(s), Friction and Temporal Distortion. It was wonderful to share temporalities, spaces and care(s) with brilliant researchers from all over the world. In addition, we had the opportunity to celebrate Leonardo’s 50th anniversary. So please, don’t miss the opportunity to apply for the 2019 edition: here

In Art & Science women are today a visible presence in international festivals and conferences, either working as faculty, curators, artists, scientists or having an interweaved role. The balanced numbers between genders is an undeniable phenomenon and consequently this is an interesting time to reflect on the status quo of contemporary science and art.

The concept of woman might be considered as a challenging one as it is nonconsensual in its multiplicity of roles and arousing cultural imaging. In her philosophical work The Second Sex, published in 1949, Simone de Beauvoir wrote: “The word “female” evokes a saraband of images: an enormous round egg snatching and castrating the agile sperm; monstrous and stuffed, the queen termite reigning over the servile males; the praying mantis and the spider, gorged on love, crushing their partners and gobbling them up; the dog in heat running through back alleys, leaving perverse smells in her wake; the monkey showing herself off brazenly, sneaking away with flirtatious hypocrisy. And the most splendid wildcats, the tigress, lioness, and panther, lie down slavishly under the male’s imperial embrace, inert, impatient, shrewd, stupid, insensitive, lewd, fierce, and humiliated”. More recently, the artist Mary Maggic would post on her Facebook profile, referring to the article “Five Queer People on What ‘Femme’ Means to Them” published in vice.com (Dec 2017): “yes there are so many manifestations of femme… in my case I take it as having a cunt and a full womb as something to both be aware and to subvert, as both a femme labor and a femme joy, not to be solely defined by my body parts and babe-bearing, to live as non-binary non-normative WITH my cunt not despite having, to refuse the patriarchy, to care for the non-human, to care fucking CARE and celebrate that”. Therefore, contributions to the conference are welcome from individuals who identify themselves as women, independently of their sex.

FEMeeting 2018 is a conference co-organised by Cultivamos Cultura and CIC.Digital of the Universidade Nova de Lisboa in partnership with Centro de Arte e Cultura/Fundação Eugénio de Almeida and Faculdade de Belas-Artes da Universidade de Lisboa. This Meeting’s aim is to bring together women from all over the world to share and disseminate their projects in the arts, science and technology research. As a result we will strenghten our network, contribute to the development of art-science research methodologies and grow our cooperation strategies increasing knowledge sharing and bring communities closer. We will have an open afternoon of lectures in the conference room of Faculdade de Belas-Artes da Universidade de Lisboa on the 15th of June, and will then be treated to a second afternoon of lectures, on the 16th, by Fundação Eugénio de Almeida in Évora. The following 3 days will be spent in Cultivamos Cultura and Naturarte Hotel in São Luís. 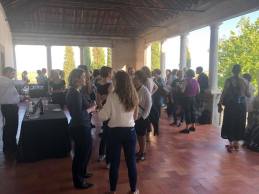 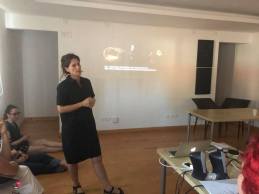 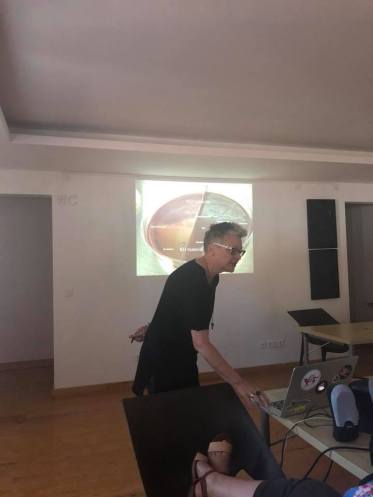